Share a memory
Obituary & Services
Tribute Wall
Read more about the life story of George and share your memory.

Celebration of Life service will be held at 11:00 am on Thursday, December 1, 2022 at Temple Baptist Church, 3300 S Van Buren in Amarillo TX.  Pastor Scott Higginbotham officiating. George was born on April 4, 1942 in Havre De Grace, Maryland.

George was an enthusiastic baseball fan. He attended many professional baseball games in nearby Baltimore and Washington DC in his youth. Upon graduating from Rising Sun High School in 1961 with an academic course diploma, he moved to Washington DC.

George joined the United States Air Force in January of 1962 in Baltimore MD. After basic training at Lackland AFB TX and advanced training at Keesler AFB MS, he was assigned to Sweetwater Air Force Station as an AC&W operator. He was an AC&W operator during the Cuban missile crisis. Future assignments took him to Clark AFB Philippines and Southeast Asia including Thailand and Vietnam. With an honorable discharge, he entered the police academy graduating to serve on the Abilene TX police department.

George wore many hats in his lifetime work history. He had a respectable work ethic. His credo made him an hour early rather than five minutes late. He would start any occupation at entry level and rise through ranks quickly, believing in teamwork.

George   operated coaches   for Greyhound   Lines.  When on furloughs, he operated commercial   vehicles to support a growing family. Later he was employed in petroleum production.  George    worked his way from a roustabout to a company man.   He opened Ragan Consulting in Graham TX.  When the petroleum industry declined, George   relied upon   his previous experience with Greyhound   Lines to find occupation with TNM&O (Texas, New Mexico   &   Oklahoma) Coaches, Inc. propelling his career from coach operator to charter agent, to dispatcher, to District Superintendent.

Many,   many changes   and   opportunities over the years allowed   George to progress from a commercial   operator to owning and operating his own commercial vehicle, delivering aircraft engines and aircraft industry items. That enabled him to branch out and purchase a garage in Quanah TX. He hired and/or leased his truck to others so he could manage "George's Auto Parts & Service".  After 9-11-2001,   business declined dramatically.

While residing in Quanah,    George was a member and ordained deacon of Goodlett Baptist Church in Goodlett TX.  His faith and friendships helped George keep a positive attitude in tough times.

Closing the business was a tough decision. George sold his truck and moved back to Amarillo. He drove for LSMT (Lone Star Milk Transport)   "moovin' " milk until his retirement.  Having always worked long hours, he found retirement difficult. Coming out of retirement presented an opportunity to give back to the logistics industry. George became a part time truck and bus driving instructor on the Amarillo College-East campus.   His dedication and experience made his occupation full time until his final retirement in 2016.

George was a   member and deacon of Temple Baptist Church, Amarillo TX. He served as a greeter on the security team and he enjoyed helping with vacation Bible school. His spiritual gift was the gift of encouragement. He had a sense of humor that will be missed.  Many men have "Dad jokes".  George had "Aggie jokes". He made friends wherever he went. He never met a stranger. He would give the shirt from his back to help anyone.  Young and old were treated with much dignity and respect.

People have bucket lists in later life. George's was to travel to Alaska. A cruise in May 2022 fulfilled that list. He got to see all 50 states of these United States in his lifetime. Although he had health problems he kept a positive attitude and let the light of his savior Jesus Christ shine through him. He was a good Christian man and an example for others. 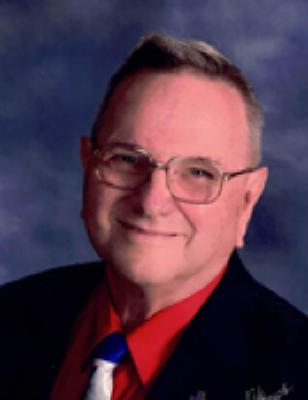