Share a memory
Obituary & Services
Tribute Wall
Read more about the life story of Janet and share your memory.

Janet Claire Johnson Cooper, 85, died Tuesday, January 10, 2023. She was affectionately known as “Kiki” by her whole family. Graveside services will be 10:00 AM Saturday, January 14, 2023 at Memory Gardens Cemetery.

Janet was born January 15, 1937, in Rock Island, Illinois, to the late Robert and Naoma Johnson. She loved the outdoors and spent much of her youth on horseback. She graduated from Rock Island High School and soon after, she met her future husband at a rodeo play day.

In 1955, Janet married Robert “Bob” Cooper in Rock Island, Illinois. Their love of horses was a shared passion for all of their lives. They moved to Texas and started Amarillo Aeration and Temperature Co. in 1965. Janet was the backbone of the company as she worked behind the scenes as office manager and bookkeeper for over 30 years.

During those years, they traveled all over the United States, often for 1st Cavalry Division Association reunions and events. In 1992, Janet rode across Montana on a trail ride during a reunion in Billings. She spoke fondly of their getaways to Jaurez in Mexico for shopping and nightlife. She was always busy around their property planting trees, installing irrigation systems, hauling well water, staining the house, teaching her grandchildren to drive an old hunting Jeep and caring for their many horses. She never missed the horses’ 10:00 p.m. snack.

Janet’s love of horses and riding was passed on to her children and grandchildren. She spent many years traveling to horse shows supporting her youngest daughter’s competitive riding career. For over 35 years, she faithfully served her oldest daughter and grandchildren, who lived across the street, in the day-to-day. She was always there to attend sporting events, cook dinner, handle school pick-up and host sleepovers where she taught the importance of hard work and reading many books. The surprise arrival of her youngest grandchild in her 70’s and her opportunity to help care for him was very special to her. After her retirement, Janet volunteered at BSA Hospital serving popcorn to visitors. She diligently cared for her late husband in their home until his death in 2007 from Alzheimer’s.

She was preceded in death by her husband, Robert “Bob” Cooper; an infant son, Robert Cooper Jr.; a sister, Maradelle Ragland; and two brothers, Donald Johnson and Marvin Johnson. 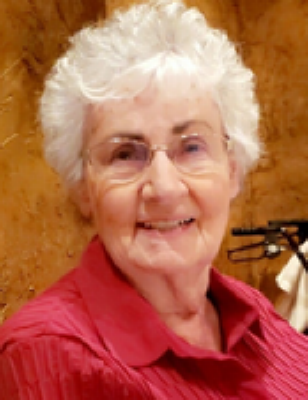