Share a memory
Obituary & Services
Tribute Wall
Read more about the life story of Leanna and share your memory.

Leanna King, 32, of Amarillo passed away Sunday, April 19, 2020. Due to the current community regulations regarding large gatherings, a private family service will be held 10:00 AM Friday, April 24, 2020 with Carry King officiating. The funeral will be live-streamed on the Cox-Rowley Funeral Home Facebook page. Leanna will be available for viewing Wednesday and Thursday 8:00 AM - 8:00 PM. Arrangements are under the direction of Cox-Rowley Funeral Home.

Leanna was born in Amarillo, December 17, 1987. She was raised by her loving parents, Randy King and Deedra Oldham. Leanna idolized her father Randy. She was a daddy’s girl from start to finish. She spent her childhood running the highway right by his side in his old freightliner and watching Dallas Cowboys games. She found great enjoyment in beating her brother in basketball, football, and everything they did together, as well as going to early morning “coffee” with them and her Papa and Grannie. She was a caring and giving person and was always willing to help someone in need. She had the biggest heart; she was guarded, but once you got in, you were IN. Leanna enjoyed being there to support her brother in his music career. She was an inspiration to him and to so many others. She adopted both of her daughters and provided them a safe and loving home. She was a standout, an original, and made sure her daughters and everyone knew it was okay to be so too. Despite some pain she went through during her last years, she always had a smile on her face. Leanna was washed in the blood of Jesus, and she is her Papa's "Lil Boss" forever.

She was preceded in death by her grandfather, Doyle King; grandparents, Henrietta and Martin Hardwick; and one aunt, Tina Sue King.

Survivors include her two daughters, Madisan Jeffries and Leighton Dion Fraley, both of Amarillo; her father, Randy King and wife Lisa of Canyon; her mother, Deedra Oldham and husband Mark of Fort Worth; one sister, Tara King; one brother, Randall King; her nephews, Andrew and Paiden King; her nieces, Brenna, Harper, and Etta Jane King; and grandparents, Patsy King of Hereford and Lynn McCracken of Burkburnett. Survivors also include a host of additional family members and friends.

Your browser does not support this video format. You should be able to view it in Chrome, Safari or Internet Explorer. 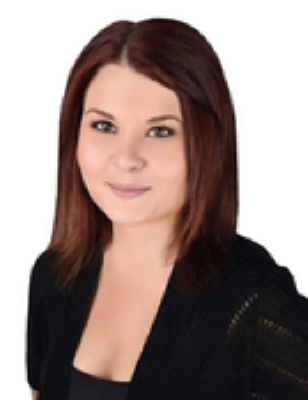