Share a memory
Obituary & Services
Tribute Wall
Read more about the life story of Penny and share your memory.

Penny Nadine Thomas, 80, of Amarillo, TX passed from this life on Monday, January 23, 2023, with her loving family by her side.  Memorial Services will be held at 10:00 AM on Saturday, January 28, 2023, at Cox-Rowley Funeral Home Chapel at 4180 Canyon Drive, Amarillo, TX, with Dale Moreland and Roger Stewart officiating. Arrangements are under the direction of Cox-Rowley Funeral Home.

Penny was born on December 31, 1942 in Dumas, TX to Arva Nadine Fouch. She grew up in the Dumas, TX, where she was raised by Nelson and Nadine Atchley. Penny married her “honey” Jimmie Dale (Jim) Thomas on April 16, 1960, in Pampa, TX.  Jim and Penny lived in Spearman, TX for many years where they raised their four children: Jamie, Stacey, Gary, and Teri. The couple then moved to Commerce City, CO, in 1991 where they lived until Jim passed away. They were married for 52 wonderful years. Penny owned and operated Penny’s Photos while in Spearman.  After moving to Commerce City, Penny became the office manager at Milestone Technical Services where she worked for the next 25 years and was still employed at the time of her passing. Penny moved to Amarillo in 2017 to be closer to her great grandchildren. Penny loved the Lord and shared her faith and belief with her family and friends.

Penny was blessed with a fun spirit, a great sense of humor and loved laughter. She had a gift for everything crafting. Penny loved to paint, make scrapbooks, greeting cards and other crafts as well as baking.  She was always trying out a “new” recipe she found while looking at Facebook or playing cards with her friends.  If you were to walk into any family members house, you would see her wonderful paintings hanging on their walls.  Many times at family get togethers she would beat everyone at Texas Hold’em.  Penny loved to play card games of all kinds with anyone who wanted to play and even up until her last days here on earth. She was playing card games and baking cakes with family and friends.

Called Penny, Mom, Momma and Grams, she was a loving wife, mother, grandmother, and great grandmother.  Penny loved her husband and would call him “Honey”.  She called him that so often that even the grandchildren named him “Papa Honey”. The loves of her life were her devoted husband, her four children, her five grandchildren, and her seven great grandchildren.

She was preceded in death by her father, Nelson Atchley; her mother, Nadine Atchley; her husband Jimmie Dale Thomas; a brother, Thomas “Tommy” Atchley; and her son Gary Dale Thomas. 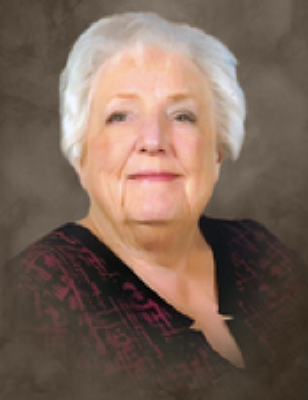