Share a memory
Obituary & Services
Tribute Wall
Read more about the life story of Robert M. and share your memory.

Bob was born on February 16, 1942 in Louisville, Kentucky to parents Robert M. Stockwell Sr. and Esther Davis Stockwell. Not long after he was born his family relocated to Michigan City, Indiana where he grew up and graduated from Elston High School. After a brief stint at the University of Michigan, he decided to put a pause on his collegiate pursuits and enlisted in the Army, serving in military intelligence. He was honorably discharged from the Army in 1969 with the rank of Sergeant. After his service he graduated from Valparaiso University in Indiana with a degree in history.

He lived in Indiana, Illinois, and Kansas before settling in Amarillo, Tx in 1984. He received his Masters degree from West Texas A&M University in 2001. He worked for Amarillo Gear Company until retiring in 2008. He taught classes for many years in engineering at WT where he was voted Best Instructor, was a substitute teacher for AISD, and tutored numerous students in math and history over the years. He was a passionate advocate for public education, believing it held every child’s path to a bright future.

On December 2, 1972 he married the love of his life, Ingrid Nicolay, in Michigan City. They were married for nearly 50 years. There was nothing he wouldn’t have done for her.  He became the O.G. girl dad when his daughters Alexandra and Angelika were born. He was, quite simply put, the Best Dad Ever. He loved participating in all of their activities. He coached soccer, was a debate team dad, tennis instructor, built theater sets, taught his girls how to drive (and survived!), among many other pursuits. He was a surrogate dad to many of their friends over the years, always willing to offer a listening ear, share a joke, or provide a ride. His title of Best Dad Ever was replaced with Best Papa Ever and Best Great-Papa Ever over the years. He provided the same love and support to his grandkids and great grandkids. They were absolutely his pride and joy and he was so very proud of them all.

There are not enough words to express how great of a man he was. He had a dry sense of humor, loved a good pun, and was always ready to share a joke or tell one of his famous stories. He was an avid reader and loved learning, making him unbeatable at any trivia games. He was a card shark and billiards wizard. In his later years he became a foster dog dad extraordinaire, helping Ingrid to foster and transport hundreds of rescue dogs to their new lives.

He was preceded in death by his parents, Robert and Esther, and his wife’s parents, Helmut and Maria Nicolay. He is survived by his wife of 50 years (we are rounding up!) Ingrid, daughters Alexandra and Angelika, son-in-law Eric,  grandchildren – Tyler (partner Kayti), Kinzley (partner Oscar) , Kailee (husband Michael), Kammie (partner Keatton), Nolan, and Graham, great grandchildren – Emersyn, Aubreigh, Hudson, and Bowen (waiting on arrival!), his dogs and grandpets. He is also survived by his four siblings, Frederick, Thomas, Margaret, and Christopher and their spouses, numerous nieces, nephews, and friends.

His final wishes were that there be no memorial service. In lieu of flowers, memorial donations can be made to Second Chance Animal Rescue (SCAR) of Amarillo (www.scaramarillo.org) or Michiana Humane Society of Michigan City (www.michianapets.org). 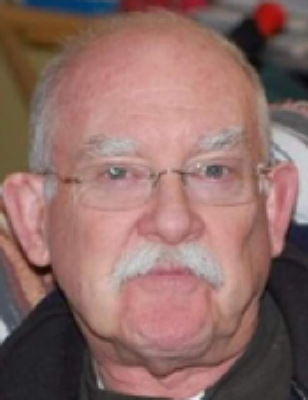